Workplace design has a dramatic effect on how much groups collaborate. A social network analysis lets you identify collaboration patterns on both group and individual level. Patterns you want to support and adjust using strategic workplace design. 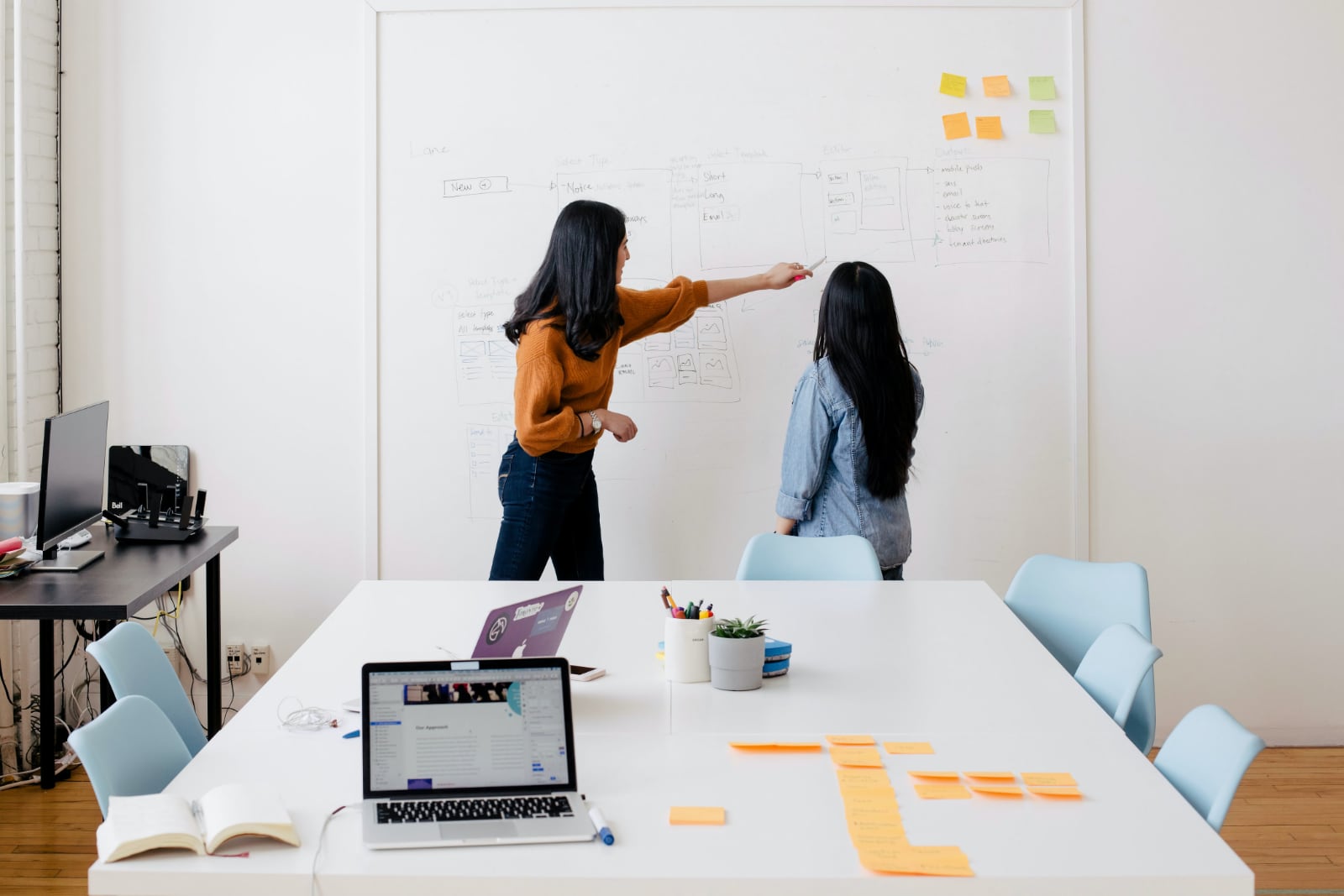 A workplace that reflects the way employees work is a better workplace: people waste less time running up and down halls, central employees are ideally placed for coordinating work and being accessed, and business is improved by supporting collaboration that makes employees more productive.

The key thing to remember about collaboration is this: distance has a negative impact on information flows. As short distances as 25 meters (~ 80 feet) can have a considerable, negative impact on how and how much the employees communicate. Having to go one floor up or down has an even greater negative impact.

Basically, the option to easily meet in person is crucial for sharing small bits of information that can become important and clarifying messages. This means employees can solve problems early on in a process and act faster on new information.

The following four questions are the type of questions you would ask in survey and analyze the responses to in a social network analysis.

The three first rating questions in the questionnaire are all about mapping existing working relationships between people. There are three different questions about the overall same topic because the more specific they are, the better are the answers. The final question is about the connections that people wish for to become more productive at work.

For the two first questions we would expect in- and out-degrees to be about the same for the employee due to the wording of the questions.

A connector is someone we would try to place centrally in the office among the ones who pointed at this person. Typically, it is person with a managerial or coordinating role that shows up like this, but not always. Placing the person centrally in the office gives the employee a much better physical position to overlook and coordinate work among peers. The co-workers also have easier access to the person.

The person statistics table summarising individuals’ connections will make this analysis easier for you: you can sort by in-degrees and easily compare them to out-degrees. In particular, if the visualization is a bit difficult to decipher or the study includes many employees the statistics can be helpful.

Between clusters you often find people building (or moderating) contact between them. We call these people ‘brokers’ if they help improve the contact and ‘bottlenecks’ if they moderate or limit the contact. They, bottlenecks and brokers, are not necessarily that different and they definitely share the mediating role.

If the office is of a certain size it can be a good idea to place the person, so he or she is as close to the other group as possible. These people have high betweenness scores, so you will also be able to find them in the table with individuals.

Clusters are groupings of people that are highly connected. They show up as such in visualizations: highly connected internally and few connections to the remaining network.

Departments often show up as clusters. In the group statistics this is shown by a high percentage of the relations they could have internally are used (if you used departments to group by). The matrix of relationships between groups also helps you place groups. Groups that are highly connected should be placed near each other.

If a group is central, as a cluster, for the whole network then, ideally, they are placed centrally too in the building. A likely example of a central cluster would be Administration. Peripheral and fairly isolated groups (Sales is often such a group) can be placed further away from the other interconnected departments.

Sometimes the social network makes no clear distinction between groups, other times there are very distinguishable clusters. It is not always a one-to-one relationship between the number of groups (given by you) and the number of clusters. A cluster can easily be a mix of two or more groups. This would indicate that the way work actually gets done is not reflected by the organizational chart’s clear separations. The implication for the workplace design is that such groups should be placed in the same room to support the collaboration that takes place. Some departments might even be split if they collaborate more with other groups than internally.

Which are the important work relationships?

In your analysis of face-to-face and electronic communication you might ask yourself: which social network is the one that should influence the workplace design most? Face-to-face communication is, generally, the most important, but as stated earlier this is already influenced by the employee’s physical location. So what do you do?

The third question in the questionnaire is about the connections’ importance and the final question is about connections people wish for. You will want to compare both of these visualizations to the previous ones. Do bear in mind that most respondents indicate fewer connections as they go through any questionnaire, so that might have an influence.

Also note that unlike the previous questions that we would expect balanced relationships for (both employees agree they meet/talk on at least a weekly basis), the last two questions ask the respondents to value their connections. The implication is that some relationships only benefits one person and therefore is not valued by the other. Whether these connections should be made should be established by comparing what the organization gains to what it will cost the organization. All connections have a cost: less time to do something else for those involved, additional connections make work more complicated and the focus on important issues might be lost.

A lot of unimportant talk

You might find work-related communication with some employees happen very often, but are not deemed important. This would definitely be a problem you would want to discuss further with the involved employees. Workplace design can be used to reduce communication too, but it would be an indirect solution to the problem.

Another point, and that is an important one, is that if employees have short-term operational goals in mind when answering the questionnaire, and most have, then a connection that is important for long-term value creation might be deemed less important in the study.

Improve workflows and speed by up to 2x

Is your organisation ready for agile?