Connectors are people with many direct connections. They often appear in the middle of clusters and will have high in- and/or out-degrees. The number of direct ties, in-bound and out-bound, is referred to as degrees. Their network role can in some contexts be seen as being due to popularity and in other contexts due to overdependency. These people are also known as hubs.

These are the people with no or just a single connection. They are mostly positioned by the edge of a social network. They are also called peripheral nodes. An isolate can be disconnected from the studied network but tied to others who were not included in the study.

An influencer is someone that is closely connected to the remaining network. The role is closely related to the broker’s role as an influencer, perhaps through others, can reach even peripheral people. The influencer can be identified by a high closeness score. Sometimes they are also referred to as pulse takers. 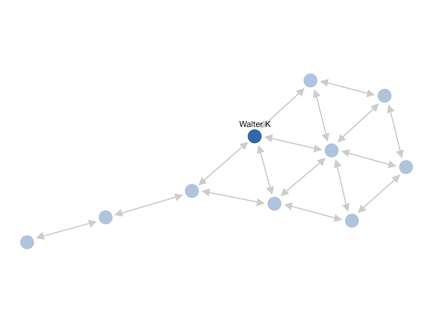 A broker is an employee that ties together otherwise disconnected people. The broker either connects whole groups of people or isolates to the remaining social network. The broker can be characterized by a high betweenness score. It is a powerful position. As the other names for the network position suggest there can be both a positive spin and a negative spin on this role. Other name variations of this role are: bridge builders, bottlenecks, boundary spanners and gatekeepers. 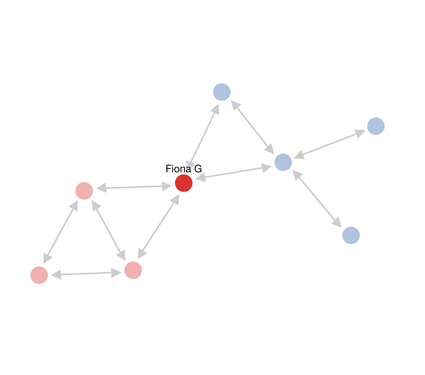